Seerowpedia
Register
Don't have an account?
Sign In
Advertisement
in: Articles to be rewritten, Books, Marco Books, Battle Morph Cover

Jeffrey Zeuhlke (based on an outline by K.A. Applegate)

"Still, these wolf bodies are not equipped for the Arctic or Antarctic or wherever we are. We might be able to survive for a few hours at a time, long enough to remorph and regenerate, but we're still vulnerable. Too vulnerable to be fighting."
―Cassie[src]

The Extreme, published in December 1998 and written by Jeffrey Zeuhlke based on an outline by K.A. Applegate, is the twenty-fifth book in the Animorphs series. It is the seventh book narrated by Marco and the fifth book with Marco as the sole narrator.

Marco, the other Animorphs, and Ax have managed to find out where the Yeerks are planning to build their next ground-based Kandrona. That's a good thing. The location is supposed to be somewhere near the North Pole. That's a bad thing. The Animorphs and Ax know that the Yeerks are a "cold-blooded" species, but this is a little nuts! Who wants to be near the North Pole without Arctic morphs -- and wearing spandex?

Even so, the kids know that if the Yeerks succeed with their plan, Earth is pretty much done for. And Marco, the other Animorphs, and Ax aren't quite ready to give up the fight...

Erek King tells Marco about the Yeerks' plan to manipulate U.S. satellites to beam Kandrona rays into swimming pools, turning each into a Yeerk pool. That way, Controllers won't have to travel to the Yeerk pool, and the Animorphs would lose their advantage over them. The Yeerks are conducting their latest scheme in the Arctic Circle.

The Animorphs hitch a ride on Visser Three's Blade Ship as flies. On board, they discover cryogenic tubes with strange creatures inside them. Their presence is discovered by the Yeerks, and they're forced to morph their battle creatures. Jake orders a distraction, and Marco rips open the control panel to open the ship's hatch. Rachel, with all her grizzly bear might, manages to make a single, tiny crack in one of the specimen tubes. A liquid nitrogen-like mist spills out, freezing every living thing it touches. A nasty fight ensues, and the Animorphs bail out.

Falling out into the frozen tundra, the Animorphs find themselves freezing to death. They morph wolves, but they need energy to keep going. At night, since none of them can sleep, Ax informs them about the new aliens, the Venber, that was wiped out centuries ago by a race known as "The Five", melting them for computer semiconductors. Not only that, but the Yeerks have cloned them by cross-breeding them with humans, giving them their new humanoid shape. Then, they find a polar bear that had just killed and partially consumed a ringed seal. The Animorphs eat the remains. Much to their surprise, not even Cassie has any scruples. They also find two seal pups – the pups of the seal they'd just eaten. Regretfully, they acquire the pups and leave them to their fate.

Soon the Animorphs find themselves pursued by the creatures Marco had observed in the tubes. They morph seals to escape them, but are attacked by orcas in the freezing depths.

Later, they come across Derek, a young, jocular Inuit, and his "buddy", Nanook the polar bear. Derek tells them about the people with the satellite dish, and how they're even worse than the people from New York and Detroit who come to the Arctic too shoot wildlife from helicopters for sheer pleasure. The Animorphs are presented with an opportunity to acquire the DNA of a native animal, and so they attack Nanook. After pinning him into submission, they each acquire and morph him.

The Animorphs, in their new polar bear morphs, advance on the Yeerk base. They encounter the Venber, engaging them in a brutal battle. They lure the remaining Venber into the hangars, where the above-zero conditions cause them to melt. The Animorphs then steal a Yeerk Bug fighter, and Marco immolates the Yeerk base. Soon to be intercepted by the Blade ship, they morph birds and destroy the Bug fighter, spending the next two days alternating between flying and hitching rides on trucks and trains before they return home. 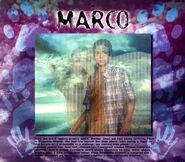 Ad from inside Book 24