Laura Battyanyi-Wiess (uncredited; based on an outline by K.A. Applegate)

"So let me get this straight. We have to rescue a paralyzed Chee from a stolen goods warehouse before the Controllers get her. Then we have to dive down to the bottom of the ocean, find the Pemalite ship, somehow get inside it and turn off the signal before ten o'clock tonight so the Yeerks don't get the Chee in the safe at the nuclear waste facility. Is that pretty much it?"
―Marco[src]

The Exposed, published in February 1999 and written by Laura Battyanyi-Wiess based on an outline by K.A. Applegate, is the twenty-seventh book in the Animorphs series. It is the eighth book narrated by Rachel and the sixth book with Rachel as the sole narrator.

The Animorphs and Ax have one true ally in their battle against the Yeerks: the Chee. So, when they discover that the Chee – including their friend, Erek – are in trouble, they have no choice but to help.

But the Chee's problem is much deeper than anything the kids could have imagined. It's hidden in the ocean. So far down that no human has ever travelled there – and survived. And the Animorphs realize what will happen if Visser Three discovers the valuable secrets of the Chee. One of which is the Animorphs...

During a shopping trip with Cassie, Rachel discovers Erek having problems: his hologram malfunctions. Barely managing to get him away in time, they discover all of the Chee are having problems with certain aspects of their technology, particularly their holograms, owing to interference with the Pemalite ship hidden in the ocean. Of all the Chee, two are currently still in danger, while the rest have successfully hidden themselves.

One of the Chee in danger, Lourdes, is hidden in a flophouse where drug fencing occurs, but a SWAT team – with a Controller member – are about to raid the house. After rescuing Lourdes, they have to travel to the bottom of the ocean, to fix the problem of the malfunctioning holograms, but have problems thinking of the morph they could use to go so deep into the ocean. Cassie finds the solution: morphing into a giant squid. However, none of the group had acquired that morph or had any idea where to get it – though they know for a fact that sperm whales capture giant squids.

They are stuck on what to do next until they find out that a sperm whale has conveniently beached nearby, so Rachel and Tobias acquire it and dive to find a squid. Upon finding and battling one, the group all acquire it and release it, and then dive to the Pemalite ship. They notice several Yeerk Bug fighters en route to the Pemalite ship as well, following the signal. When the Animorphs reach the ship first, they use the single-digit access code to infiltrate it and fix the Chee programming, but then a self-destruct sequence is initiated too.

The group is confronted by a being called the Drode, an aide of sorts to Crayak, who threatens and insults them all. He shows some bizarre fondness for Rachel and tells her that if she wanted favor with the Crayak, she should kill Jake, telling Rachel that her passport to Crayak's side is Jake. The Yeerks also emerge into the ship, and the group must stand and fight them before allowing them to gain control. But as the battle reaches a climax, Erek appears – to the shock of the Drode – and activates the ship's hostility-containment program. The Yeerks and Animorphs are forced to leave the ship, and the Chee have their holograms restored.

Promotional postcard given out around the time book 26 was released, featuring the cover morphs of books 26 and 27.

Rachel from the cover morph

Giant Squid from the cover morph 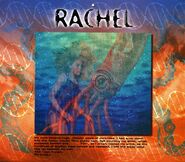 Ad from inside Book 26