Animorphs is a game developed by Runny-Fun and published by Ubisoft for Gameboy Color. It has RPG gameplay that resembles the Pokémon games, but it has morphs instead of Pokémon.

The books and TV show were only the beginning. Earlier this year, UbiSoft entered into an agreement with Scholastic to produce a Game Boy Color game based on the popular Animorphs series. And E3 is where we get the first details on the game in development.

In this portable action adventure, the alien enemies – the Yeerks – have captured four microprocessors of a device that could help them take over the world. Assuming the roles of four Animorphs, you'll have to retrieve the microprocessors in five missions spanning 12 locations. Problem is, if you spend more than two hours as an animal, you'll never be able to turn back into a human.

Each mission features an explore mode where you'll have to search out the area for vital information that'll give you morphs to more than 45 different animals. Then you enter Battle mode, where you fight against your opposition in a card-battle style game, much like Pokémon Trading Card Game. Finally, there's the side-scrolling mode where you put your morphing and animal skills to use.

We can't tell you who we are. Or where we live. It's too risky, and we've got to be careful. Because if they find us...well, we just won't let them find us.

Earth is being invaded by a race of evil aliens called Yeerks. They crawl into the brains of their host and control their minds. Their goal:To enslave every human on earth. A dying Andalite prince-warrior gave us the power...the power to morph into any animal we touch. The Andalites are aliens too. But they are fighting to stop the Yeerk invasion throughout the rest of the universe.

We, five teenage kids band together against an empire of alien slugs. We call ourselves the ANIMORPHS. The only catch, if we stay in a morph more than two hours, we're stuck for good. Ask Tobias, he knows all about that. We may be Earth's only chance for survival...

THE INVASION HAS BEGUN!

Mini games allow you to travel as an animal and fulfill a particular mission requirement. You have 3 lives, then the game is over. There are 4 mini games, one in each mission: 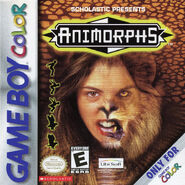 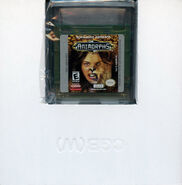 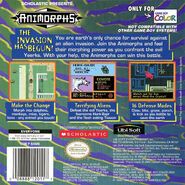 Registration card that came inside the box

Review of the game in Nintendo Power

Screeshot of the Intro

Another Screenshot of the Intro

Mission 1: Save the Animals! 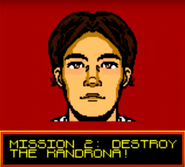 Mission 2:Destroy the Kandrona where you play as Jake 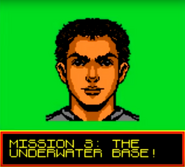 Mission 3:The underwater base where you play as Marco 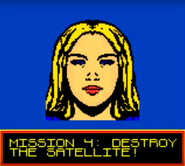 Mission 4: Destroy the Satellite where you play as Rachel
Community content is available under CC-BY-SA unless otherwise noted.
Advertisement